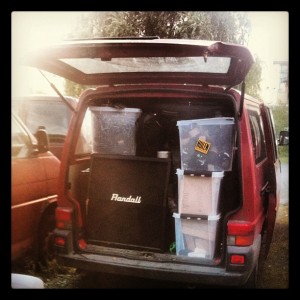 Tours usually start of with a long, early drive, and this one was no different. Waking up at 06:30 is no walk in the park for most people. Anyways, I was choosen to be the dedicated driver the first few hours, since the bandvan is parked outside our appartment (and the fact that joakim doesnt have a licence). I drove to pick up the Tony from Barren womb and Timo from their resepective homes. After picking them up we drove to the rehearsalspace to meet John and pick up the gear.

Load out is always a hassle, since you always tend to forget something (this time we where fortunate enought that it was only a handycorder and some backupjacks), and carrying heavy equipment is never fun when you just awoken. But after a lot of organizing, we finally got everything to fit in the van and left at around eight o clock. 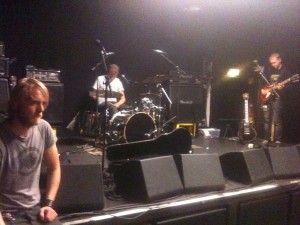 The first drive was as mentioned before a quite long one, about 8 hours to Tønsberg. This was going to be the first gig we would do the last two years in our old hometown. The drive was a rather fast one, and we loaded in around four in the afternoon. The sound engineer was an old friend of me aswell, so I had a good feeling about the sound for the evening! The venue itself (Total) is also one of the better mid sized clubs in Norway, and has an awesome stageroom and a good backstage aswell. This night we where playing with some old friends of ours, called The Mansters. Unfortunatly being a thursday the turn up of people was quite dissappointing, but at least the ones who showed up seemed to enjoy the shows. We also had some tecnical problems with my amp, wich seemed to have a broken input. We ended up with me using Tonys (Barren womb) fender amp. It did the job well, though the sound might been a bit bassy for my taste.

First out were The Mansters, wich played an awesome set of their more straight up semioldschool style of Hardcore. Good show! I tried to get a copy of their 7″, but they hadnt brought any.

Next up was Barren Womb, wich delivered as always. Straight in your face wierdness mixed with d-beat, noise and punk!

We played last this evening, and my nerves was hitting the roof about ten minutes before the show. I was fortunate enough that it passed as soon as we went onstage.
The set was suprisingly tight even though this was the first show of the tour. We played 3 new songs, wich all where well received by the audience. Joakims microphone dropped down on the floor at one point though, and the sound guy didnt notice, so he had to fix it himself wich led to some minor confusion for the rest of the band. Timo actually did his vocal lines behind the drums in the meantime! We also played an old song called “Ingen Ro Før Graven” and got our old baseplayer Kim to join us onstage for the backing vocals. He might have been a bit to drunk to nail it, but it was still really fun to share the stage with him again.

After the show we stuck around and greeted old friends and familly and took turns behind the merch table. When the place closed we just went backstage and continued the party til everything went to black, at least for me. After all this was the first show, and we didnt need to leave before rather late next day, since we only had about a 4 hour drive to Vernersborg in Sweden. 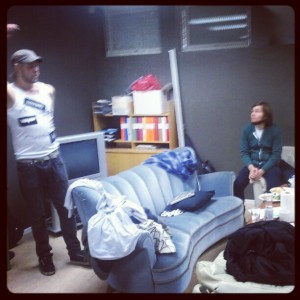 Woke up rather late and hungover just to find out that I still had my clothes on. Great start of the day! We ate some breakfast, complained about the hungoverness and drove back to Total to get our gear. The load out was rather fast and the packing was tighter than the day before (Timo usually packs the stuff in the van, and he packs alot better when hes hungover for whatever reason).

The drive was smooth and we arrived in Vernersborg at around six. We had the soundcheck and again I was forced to use Tonys amp and his effectboard since my amp still was trashed. Now most people dont have any problems with effects, but im only used to have a tuner between my guitar and my amp, so I needed some help with understanding what the fuck was going on. The venue was an youth coffey shop wich had some gigs. Both Refused and The Locust had apparently played there. The people working there where really kind, and that in it self is always a big pluss since the crowd was rather small. The show in it self was still fun though, and we had a good time chilling afterwards. I went for a beer while the others stayed at the venue, where we also slept. 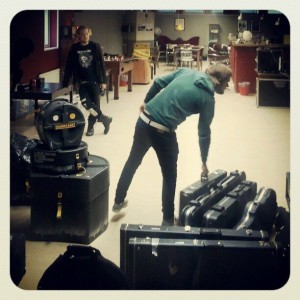 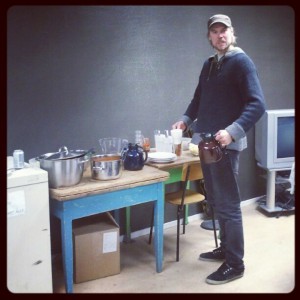 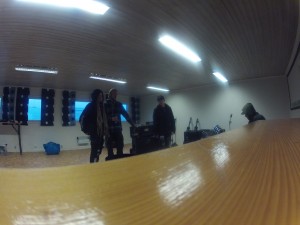 and see if we could fix my amp in any way. Turned out a shitload of gaffa did the trick and the amp was alive again. Good start for a saturday!

We drove to Karlstad where Värmlands Hardcore put up a show with us, Barren Womb and the local oldschool deathmetal guys in Buried to Röt. The venue was a bit outside of the center of karlstad and the weather was rather shitty, so we were more or less certain there wouldnt be much people attending this night either. Turns out we where wrong! We`ve always loved to play backline shows though, so we knew we would have a good time anyways!

Barren Womb played first this evening, and surelly there wasnt a lot of people when they started, but midway in their set people started to show up. The turnup wasnt great when we started either, but towards the end of our set a pretty decent amount of people had showed up. The last band, Buried to Röt only played their second gig, and unfortunatly that was rather noticable. Their sound was pretty cool, even though they probably need some more rehearsal. And oh. I hope they drop all the reverb on their vocals, because that only made the vocals sound really untight. All in all a good night, even though we had to pack our gear in a hurry and start the drive to Stockholm in order to reach the ferry to Finland.

The drive was alright, with Timo behind the weel. I managed to stay awake for about half the trip as a companion, but fell into the sweet embrace of sleep sometime during the night. I woke up by Timo stressing about in Stockholm centrum, since our GPS had gone apeshit. After some intresting (and probably highly illigal) driving we managed to find the correct harbour. We went in for a piss and found a shitfaced finnish guy in the bathroom. I dont even think he noticed that we entered. This kind of set the standard for the whole Finland ferry trip. The clock was about six in the morning.

Timo popped his first beer while driving into the ferry and I got this feeling I would be the one driving down from it. We had a good breakfast and then went to get some beers and lonkeros (finnish alkopops) from the duty free store. I had about two beers before falling asleep on the cozy floor. 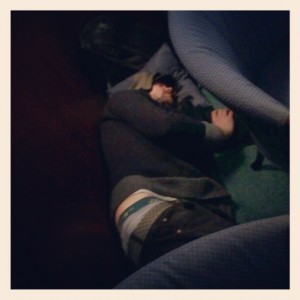 When I woke up a couple of hours later everyone was shitfaced. Tony mumbled something about me beeing the driver before I fell asleep again. When I woke up again everyone was gone, so I decided to go for a beer and check out the boat. I saw a horrible drunk singer/songwriter wich insisted to play a lot more than he was supposed to. People didnt seem to care since they also were drunk.
When we finally managed to get Timo to go to sleep I even got some webdesign work done, wich was nice. Me and Tony went for another beer before it was time for me to quit drinking (about 3 hours til it was time to drive again) and had a good time just talking about random stuff.

We arrived in Turku around 19:30 and had a rather short drive to the venue, wich was a smaler basement pub/bar. Another backline show! The guys in Sold Out were awesome and all the bands played good even though we didnt play on our own gear. After the show we all had a long awaited shower before we went to another bar. Epic hungoverness the next day!

Thats it for this time! Next up is day off in Tampere, Nosturi in Helsinki and Lutakko in Jyväskylä!

Hope you enjoyed the reading! We sure as hell had a great time! Thanks to all the guys who helped us out, the bands we played with and put up the first couple of shows! 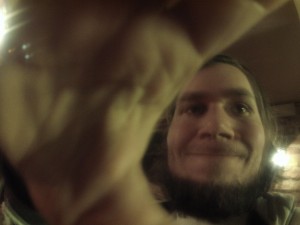 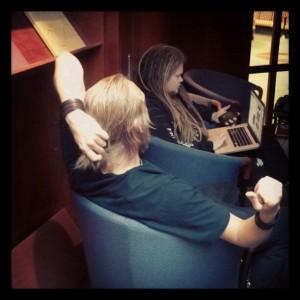